Royal Ascot has recently taken place in Britain. Located in the small town of Ascot, Berkshire, Ascot Racecourse is a favoured haunt of the British landed gentry and with it being just 6km away from Windsor Castle it is very closely linked to the British monarchy. This year, as always, Queen Elizabeth II was in attendance. Sadly her horse Estimate could not upset the tipping and win the Gold Cup, eventually coming second to Leading Light.
Fashion plays an important role at most racecourses but it is never more prevalent than it is at Ascot. Depending on who you are, the fashion can actually be of more importance. Whilst the amount of A-List celebrities makes it a field day for the paparazzi, their numbers are higher than the sports photographers as a result.
So, in regards to fashion, what did we learn?

Big hats are in (as ever)

Whenever a big horse meet is on you expect the headwear to match. This year’s Ascot proved to be no exception. As always, the hat has to be the centre-piece, the thing that makes people look at you and go “wow”. It is not always the case that bigger equals better but a large flamboyant hat does give you an edge in the fashion stakes. Big hats have to be countered by small earrings, the ladies at Ascot showed us that. There were one or two that opted for larger earrings with a big hat, the results looked like a car crash. Too much going on is never a good thing.

Let there be light 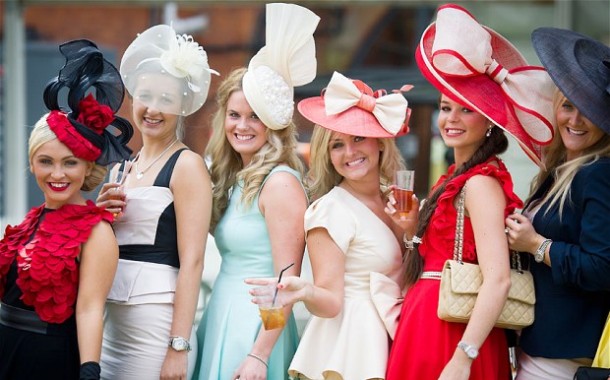 This year was far removed from the darker block pieces that we have witnessed in the past. Thankfully the weather was kind so everyone could go for their party piece of a dress. Ascot was alive with lots of print and colour, with many wearing pieces from Erdem and Christopher Kane. Both of which have just received glorious reviews for their recent runways. High fashion this summer is going to be awash with colour and you can expect to see Erdem and Christopher Kane continuing to establish themselves as respected designers. Floral designs were also proving to be a hit with both the revellers and the fashion writers, whilst a few women managed to rock the tartan look, which is an achievement in its own. 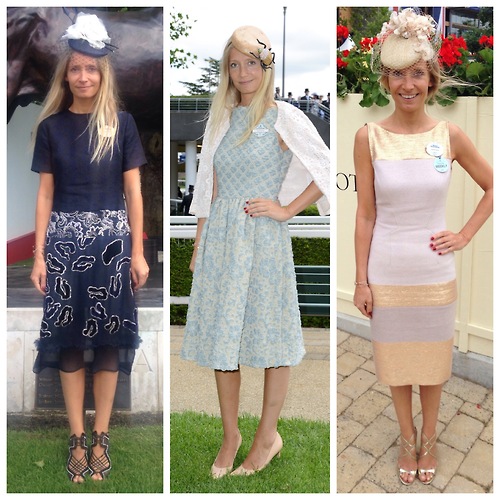 London’s Nicholas Kirkwood is one of the most exciting shoe designers around at the minute. His angular platforms and sculptural shoes are receiving heat but it is his heels that are wowing. So it is hardly surprising that numerous race-goers were sporting Kirkwood. This shoe designer is really going somewhere and as endorsements go, having your shoe worn by various people at Ascot is as good as it gets.